Digital services have become an essential part of any business and because of this, endpoints are popping up everywhere.  This means that a more modern approach to agile is needed to connect these endpoints, rather than the conventional version of centralised enterprise service bus (ESB).

Therefore, the open source organisation, Ballerina, has announced the release of Ballerina 1.0 to provide cloud native middleware as a programming language in the hopes of radically simplifying how developers will build and deploy cloud native distributed application and services.

The new open source project has been created and sponsored by Open-source technology provider, WSO2.

“Modern applications are effectively integrations of services, data, transactions and processes from a vast array of resources to deliver innovative, new services. But ESBs and other traditional integration approaches have failed to keep pace,” said Dr. Sanjiva Weerawarana, founder and leader of the Ballerina project.

“The Ballerina programming language is facilitating a major evolutionary leap in the development of cloud native distributed applications that is tearing down the outdated barriers between app development and integration to enable greater agility, performance and resiliency. And it’s accelerating the ESB’s path to extinction in the process.” Weerawarana continued.

The project created has been based upon the notion of sequence diagrams and is self-documenting to fit smoothly into the patterns of microservices and cloud native development.

Those testing the development of API’s in Ballerina reported it to be effective and easy due to the syntax that has been designed for the service.

The new service is thought to have been created with a language centric platform at its core to work with cloud native applications and microservices. The company has introduced several aspects that make it suitable for programming and consuming APIs.

Sponsored and developed by WSO2

In discussing the creation and sponsor of the project, Vinny Smith, executive chairman of the WSO2 board and founder of Toba Capital, WSO2’s majority stockholder says, “Few technologies have the potential to reshape an entire market. We believe Ballerina is one of those technologies and that WSO2 will fundamentally disrupt the integration market using Ballerina as the basis of its future,”

“Based on this vision, we have invested more than 150 person years of effort in bringing the first production release to market. And, knowing that it takes time to get a language established, we are making a long-term commitment to advancing both Ballerina technology innovations and building the community around this ground-breaking software.” 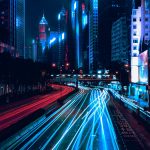 Google to be focusing on AI and data analytics

5G devices and services to expand by 2026

More manufacturers to be using AI, data analytics, and cloud

10 June 2021
more...
Menu
We use cookies to improve your experience on our site.