An online forum that was used by the suspect of the El Paso shootings, had its services suspended by Cloudflare on Monday in an attempt to stop the spread of far-right messages that had been circulating on the site.

8chan, also known as Infinitechan, was left with no cloud protection services, making it vulnerable to an array of cyber-attacks that had the potential to shut down the entire site.

The gunman of the recent El Paso attack used the webpage to go on an alleged white nationalist rant before storming a Walmart and killing 22 people.

Support from other places

However, US-based firm, BitMigate (who were recently acquired by Epik.com), said they wanted to give cloud protection to 8chan and provide them with, “Bulletproof DDoS protection with a proven commitment to liberty.”

In 2017, BitMitgate also chose to deliver security to the neo-Nazi site, the Daily Stormer, after Cloudflare also stopped defense to its website.

In choosing to remove safeguarding from Infinitechan, the chief executive of Cloudflare Matthew Prince commented on Sunday, “Even if 8chan may not have violated the letter of the law in refusing to moderate their hate-filled community, they have created an environment that revels in violating its spirit.”

8chan is currently down

However, despite the lack of support, the online forum is still fighting to find companies that will provide cloud support for it. Something which Alex Stemos, former chief security officer at Facebook and Professor at Stanford University’s Centre for International Security and Cooperation, is skeptical about.

He told the British newspaper, The Guardian: “We will see if they find someone else willing to host them before they get kicked off again… In the long run, there are a number of web hosts in Russia that charge a lot of money to host content that nobody else wants to host – that means 8chan would ultimately be much slower and much less effective.”

The impact of tech on the world

The move from cloud providers to cut ties with websites that associate with extremist right-wing viewpoints is reflecting on the higher level of responsibilities that tech companies are having on world politics and everyday occurrences in general. 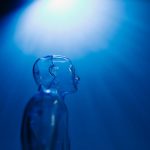