A newly discovered malware was recently found targeting hundreds of computers among the increasing cyberattacks in Ukraine.

Indeed, Ukrainian officials have reported a rising wave of hacks aimed at the country and it is believed that the data wiping program has been in the works for the past months. The malware is apparently spreading outside of Ukraine as well.

Russia has denied being responsible for the data-scrambling hacks against Ukraine although the country is under high suspicion. Some of the victims of the software include a government agency and a financial institution.

Moreover, it was found out that the malware would have been digitally signed with a certificate issued to an unknown Cypriot company, Hermetica Digital Ltd. It is believed that the computers affected were already compromised as the virus required existing access to function.

Besides, Ukraine’s government, foreign ministry, and state security service were also hit by a DDoS attack. The hacks and the spread of malicious malware in the country are still on the rise. Ukraine’s data protection watchdog said hacks were on the upswing. 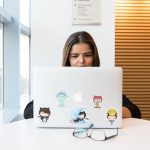