DevOps teams are struggling with increased downtimes of apps and services, despite being able to deliver faster, a recent survey has found.

The informal report was carried out by Split Software with the aim of finding out how firms get software to the market, how often they release new features and how often they run into problems along the way.

Of the 120 DevOps and software engineering professionals asked during industry events from July through November 2019, the majority of companies are releasing new features bi-weekly. 20% of respondents even claim to release every day.

Adding to this, 27% of interviewees said that their organisations often experience downtime after releasing a new feature whilst 41% have to hotfix or roll back over a tenth of new features.

“Our survey of the DevOps community has highlighted some troubling issues that directly result from the intense demand to release faster,” said Dave Karow, evangelist for Split. “There are inherent risks that organisations must bear, to speed these releases to market and remain competitive.”

In general, firms are unable to quickly detect issues or handle problems that are detected quickly. This can create problems with finance or reputation.

In order to keep up with demand, 87% of enterprises admit new features more than once a month. Furthermore, four-fifths say they commonly experience bugs and defects once a feature has been released and for 74% of firms, it takes over an hour to notice any issues.

In dealing with problems, 88% of DevOps teams commented on need more than an hour to resolve any problems. Whilst almost a third of recipients believe that other issues are caused by rolling out poorly adopted and utilised features. 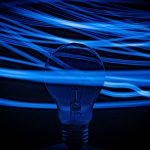 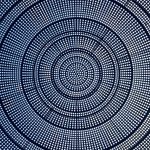 Artificial intelligence to play a more important role within DevOps

3 June 2021
more...
Menu
We use cookies to improve your experience on our site.