Developers are having a higher impact than ever

Developers are having a huge influence on cloud, containers, and Kubernetes, new research coming out of the US has found.

A special report from the International Data Corporation (IDC) found that when it comes to developer tools and technology, developers have a very high amount of self-government in the area.

The research also states that “developers exercise influence over enterprise purchasing decisions and should be viewed as key stakeholders in IT purchasing and procurement within any organization undergoing a movement to cloud accompanied by an internal digital transformation.”

The “changing role of developers”

IDC’s report highlights that a developer’s job is always moving and adapting.

“The autonomy and influence enjoyed by developers today is illustrative of the changing role of developers in enterprise IT in an era of rapidly intensifying digital transformation,” said Arnal Dayaratna, research director, Software Development at IDC.

Dayaratna added, “Developers are increasingly regarded as visionaries and architects of digital transformation as opposed to executors of a pre-defined plan delivered by centralized IT leadership.”

Of the 2,500 DevOps professionals, developers, IT decision-makers and line of business executives interviewed, around 20% of them say that they are “extremely familiar” with containers and microservices.

More key findings include that over two-thirds of organisations now use DevOps practice in some way. Around half of dev and test applications deployed on the public cloud are eventually positioned in deployed in production somewhere else, the report revealed.

It was also found that developers face challenges in that contemporary landscape of software development languages and frameworks remains highly fragmented. It’s thought this could create problems in the long-term building of modern applications.

Huw Owen, head of EMEA and APJ, Couchbase commented: “The role of the developer has changed immeasurably over the years, and it’s great to see this being recognised in this latest study. That said, while it’s clear that developers are being more widely acknowledged as holding a key role in architecting digital transformation, this status alone isn’t enough to ensure digital projects actually deliver.”

“In fact, when we recently asked digital leaders across the US and Europe about what had stopped them from being able to pursue new digital projects, the chief reason was that it was too complex to implement new technologies. Ultimately, digital transformation success requires technology as well as people, so while it’s great that organisations are giving developers more autonomy in choosing to use emerging technologies like cloud, microservices and containers, these efforts will be wasted unless the underlying complexities of such technologies are addressed.” Owen added.

Most organizations do not believe they can recover from ransomware attacks 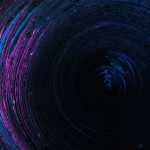