European governments back cloud project to rival US tech giants

Governments in Europe are backing cloud infrastructure projects that will help local companies compete with the major US tech giants that dominate the field.

Gaia-X is being introduced in Germany and France, the continents economic powerhouses. But Microsoft and Amazon, have already criticised the project, claiming it will restrict national data services.

Not just doubt from US

Along with this, other European countries have also brought forward concerns that tech providers will have to comply with the U.S cloud act. This is the 2018 American law that companies have to provide customer data when requested, even when the servers that contain the data are in a different country.

“There’s no answer to the question of how secure our data really is,” Frank Melzer, chief technology officer of German robotics firm, Festo AG, said this week at a German digital conference where Gaia-X was announced.

Therefore, those using Gaia-X will have to provide details on how it is processed and where it is stored as well as being able to prove to customers that their information is secure.

The need for competition in Europe

News site, The Wall Street Journal, has previously said that one reason for the recent project is because many firms that use cloud services such as Azure or AWS, claim them to be much more expensive than local European cloud firms.

Government officials also announced that the aim of the scheme is to also develop more tech-heavy programmes in areas like healthcare and manufacturing fields within Europe, without having to rely so much on sources overseas.

Not a closed-off deal

“Europe remains open to the world, but with an ambition…to have digital sovereignty,” German Economy Minister Peter Altmaier said at this week’s conference.

Condemning this approach, a Microsoft spokesperson said that although digital sovereignty is a reasonable goal, “in the cloud age, however, we think it is wrong to define sovereignty solely along territorial borders.” And instead, sovereignty needs “the most powerful cloud solution.”

Whilst a representative of AWS said that Gaia-X “removes many of the fundamental benefits of cloud computing for customers—it restricts freedom of choice, flexibility, and ability to scale globally, without increasing security.”

Those interested in joining the new project will meet with French and German officials later on in the month. 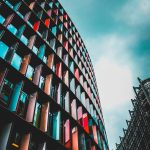 New cloud data centre to be built in Swindon 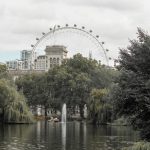 Why does Edge Computing matter? 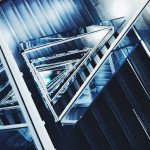