Google and CloudBees have announced a plan to integrate Jenkins and Jenkins X with Google’s multi-cloud platform, Anthos.

The partnership was revealed at this year’s Jenkins World Conference.

Jenkins is a continuous integration (CI) and continuous delivery (CD) tool produced by CloudBees, who has also created a commercial form of Jenkins. This version offers support to deploy and integrate it into DevOps tools and is available to enterprises.

What the partnership means

Combining Jenkins and Jenkins X together covers everything in the automated software delivery field.

It’s hoped that the integration with Anthos will make it easier for those using enterprise to deploy workloads on the platform.

Anthos’ website boasts its ability to “build and manage modern hybrid applications on existing on-premises investments or in the public cloud.”

Google believes that by using Anthos, customers will be able to both modernise their applications, as well as being able to speed up the time it takes to get products to market.

Rayn Veerubhotla, director of hybrid cloud partnerships at Google Cloud says, “Developers need to build and run applications in a manner that best suits their business, regardless of whether the app will live on-prem or in the cloud.”

“Increasingly, this means adopting a hybrid approach with Anthos, which allows developers to run critical applications in the cloud without entirely eliminating their on-prem infrastructure,” Veerubhotla continued.

The director spoke of his excitement in the collaboration, saying, “We’re delighted to expand our partnership with CloudBees to accelerate application development in hybrid and public cloud environments.” 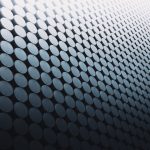