For the third time since 2006, UK based private equity firm, HgCapital, has announced that it will re-invest into Visma, a small business software developer.

When HgCapital invested in Visma in 2006, it was worth £328 million – it’s now completed over 120 bolt-on acquisitions, through expanding to Sweden, Finland, Denmark and Norway.

For HGCapital to take its stake to 41%, it invested another £1.4 billion into Visma, because of their being “several reasons to reinvest for the third time”, according to HgCapital’s Managing Director.

“Firstly, it has just performed really well. Secondly, the chief executive Oystein Moan has been incredible to work with. Thirdly, we’re huge believers that a good business invests a lot in research and development – which Visma does,” he added. 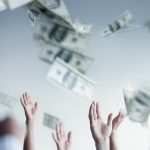